(talks will be broadcasted) (Literaturhaus München)

(talks will be broadcasted) 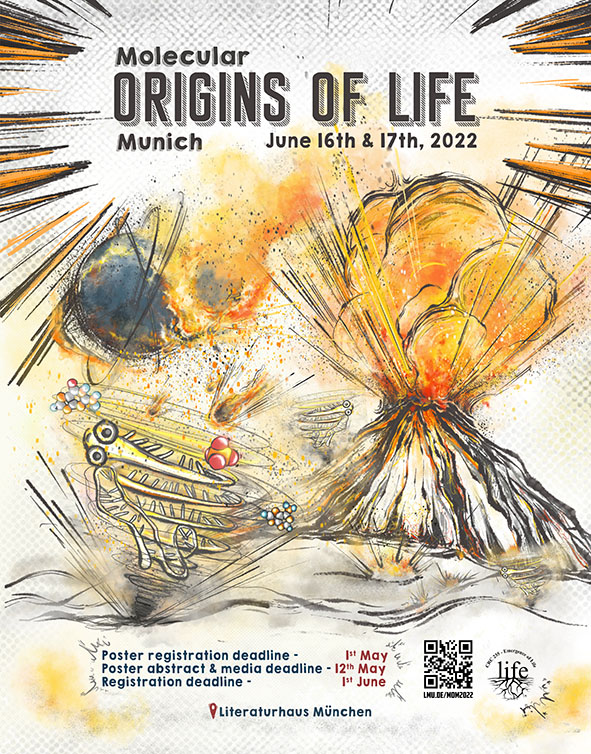 !!! All related information about the conference is sent by email on June 8th to all the registrants. Please check also your spam/junk folder !!!

The Molecular Origins of Life, Munich conference addresses one of the most fundamental questions of science: How could life originate? With 24 talks by renowned scientists accompanied by Q&A, panel discussions and poster sessions, this international conference brings together scientists from a wide range of disciplines, namely: astronomy, bio-/chemistry, bio-/physics, geosciences and theoretical chemistry and physics. Only the combined effort from various disciplines can be successful in retracing the origins of life under experimental conditions and pave the way towards answering some of the most pertinent questions: What were the conditions on early Earth? Which chemicals could serve as precursors for the synthesis of living systems on Earth and/or on other planets? How did the very first genetic material in life forms develop? How could Darwinian evolution emerge? What were the first metabolic pathways? The conference's aim is to represent and to discuss the state of the art in the Origin of Life field.

The Molecular Origins of Life, Munich 2022 is sponsored by DFG funded Collaborative Research Center 235 Emergence of Life and the attendance to the event is free of charge.

Registration is mandatory to be able to attend the event both online and on site.